In the 1800s, the Hawaiian Islands suffered a severe leprosy epidemic. In order to contain the spread of the disease, those infected were isolated to the island of Molokai. Unfortunately, the Hawaiian government was remiss in their duties to properly care for the community of lepers and the suffering were abandoned to the island without […] In the 1800s, the Hawaiian Islands suffered a severe leprosy epidemic. In order to contain the spread of the disease, those infected were isolated to the island of Molokai. Unfortunately, the Hawaiian government was remiss in their duties to properly care for the community of lepers and the suffering were abandoned to the island without any means to care for themselves. Ashore, they found no law and no organized society. Sexual immorality, violence, and drunkenness ignited by liquor made from tree roots became the way of life for the lepers. Hope was also abandoned and many of the inhabitants lived in despair. Some described the island as a “living graveyard.”

But in 1873 a Belgian missionary priest, born as Joseph Van Veuster but known as Father Damien of the Fathers of the Sacred Heart, was sent at his own request to Molokai to work among the lepers. He had already lived and worked among the Hawaiian people for 9 years. His heart was consumed with compassion for the sickness and suffering which had destroyed these simple people. Originating with the European travelers who had “discovered the paradise” known as Hawaii, diseases such as small pox, cholera, influenza, and tuberculosis would nearly wipe out the native people who had no immunity to these foreign viruses. The most devastating disease would be leprosy.

Father Damien requested and was granted the mission of serving exclusively on the island of Molokai. Since there was no cure for leprosy at the time, this choice meant certain death for the young priest who had just turned 33. Poet and author Robert Louis Stevenson wrote of Father Damien’s decision, “He shut to, with his own hands, the doors of his own sepulchre.”

Amidst the chaos encountered upon his arrival on the tiny island, Father Damien worked immediately to restore human dignity and respect for life to each person. He organized burial details and performed funeral rites, so that death might have some beauty. He provided medical attention for the wounds and sicknesses that could be healed. He taught them how to grow crops so they could eat better. In a small chapel on the island, he began to preach and teach about the healing and saving power of Jesus Christ. The people began to sing and pray and love each other in holiness and humility.

A small chapel on Molokai, named for St. Philomena, was soon filled to capacity each week. With the help of the island inhabitants, Father Damien built a larger one, which soon overflowed each Sunday as well. He gave the people the sacraments, baptizing, confirming, offering Confession and Last Rites. When he was able to have them, his own confessions were public. On occasion, his order would send a priest by boat who would anchor off shore from the island. Father Damien would wade as far out into the ocean as he was able. There he would yell out his transgressions so he might receive the pardon and mercy of the Father.

Father Damien contracted leprosy himself in 1885, and in those final years worked diligently to complete the works that he had begun, building orphanages, organizing clinics, constructing housing. He died on April 15, 1889. Pope John Paul II beatified him in June 1995 under the title “Blessed Father Damien, Servant of Humanity.”

1. The example of Father Damien, missionary to the lepers — and all those who follow in the footsteps of Jesus Christ — is a model for us to preach the good news of salvation to the despised and rejected of the earth without counting the cost to ourselves.

2. Pray for an increase in love in our own hearts, so that our love for Christ might enkindle an answering love for our neighbors.

3. Ask for wisdom to see the opportunities that Jesus provides for us to serve Him.

4. Engage our spiritual gift of courage in order to answer the call of service despite situations which make us uncomfortable.

image: Father Damien, taken in 1889, either late February or March, weeks before his death by William Brigham at a side wall of the St. Philomena Catholic Church on the settlement. William Brigham, Public domain, via Wikimedia Commons

The Motherly Protection of Mary

The Knights of Peter Claver and Ladies Auxiliary recently established its first...

The most extreme abortion bill ever introduced… …LOST. We predicted it would. Democrats...

A reflection for the fifth Sunday of Easter

Ukraine: the war is killing people and wounding the earth

As Pope Francis writes in Laudato sì “War always does grave harm to the environment...

Restrictions brought in halt the spread of Covid-19 have been scrapped in churches... 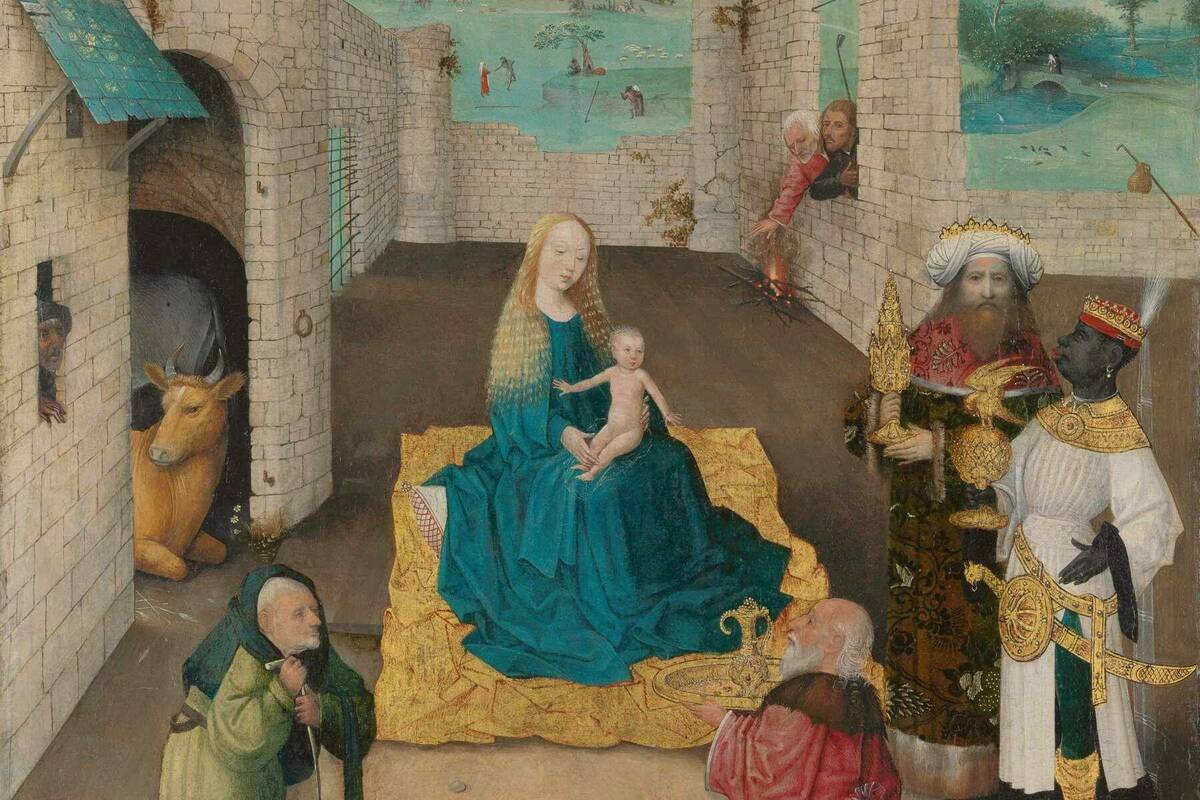 Light from Neither the East nor the West

Michael Sean Winters: While the U.S. bishops are planning a eucharistic revival,...