The Pandemic Hampered Their Stride. They’re Rising Back Up.

When Covid-19 hit, these New Yorkers faced setbacks. A year later, pieces are falling into place for their careers and health. THE NEEDIEST CASES FUND in Partnership with Catholic Charities of the Archdiocese of New York Robert Sanchez, who has faced many dark days filled with health crises, was also... The post The Pandemic Hampered Their Stride. They’re Rising Back Up. appeared first on Catholic Charities of New York. When Covid-19 hit, these New Yorkers faced setbacks. A year later, pieces are falling into place for their careers and health.

Robert Sanchez, who has faced many dark days filled with health crises, was also profiled in the Neediest Cases Fund campaign last year. Expressing gratitude has been his coping mechanism.

“I’m still struggling,” Mr. Sanchez, 53, said early last month, “but I’m in such a great, beautiful space in my life.”

In January 2020, Mr. Sanchez had a cancerous kidney removed, and as he recovered, the pandemic began, requiring him to isolate vigilantly to protect his health. The pandemic also delayed a kidney transplant, his second such procedure.

Mr. Sanchez soon quit his job working with incarcerated men to preserve his strength for his dialysis treatments. The loss of regular working income has made it extremely difficult for him to pay his $1,132 monthly rent and buy groceries with the $900 a month in Social Security Disability Insurance that he has been receiving.

Critical financial support arrived from Catholic Charities Community Services, which is part of Catholic Charities Archdiocese of New York, another beneficiary of The Neediest Cases Fund. Mr. Sanchez received help with food, transportation and cleaning, as well as rent for his Bronx apartment. He also received federal pandemic unemployment benefits, a program that has since expired.

Despite it all, he said early last month that he was feeling well. “I feel like a million dollars, actually,” he said.

Catholic Charities, which has continued to assist Mr. Sanchez, helped him apply for the New York State Emergency Rental Assistance Program. His submission was recently approved for $13,584, which will cover the arrears that have built up over the past 12 months.

At his case worker’s suggestion, Mr. Sanchez, who had served prison time for drug possession, has begun studying the Python computer coding language through Columbia University’s free Justice Through Code program. After his next surgery, he plans to take an assessment test to allow him to further his coding studies in another program.

Continue to The New York Times for the full article.

Catholic Charities is among 10 beneficiaries supported by the The Fund’s 110th annual campaign.

The Fund began in 1912, when The Times’s publisher, Adolph S. Ochs, sent a journalist to report about those facing hardship and receiving help from social services agencies in New York City. The goal was to publish 100 stories. The short articles struck a chord with readers, who donated about $3,600. Since then, The Times has worked with nonprofit organizations each year and has raised over $320 million in total, which has been distributed not just to organizations in the city, but also domestically and internationally.

The post The Pandemic Hampered Their Stride. They’re Rising Back Up. appeared first on Catholic Charities of New York.

Celebrations and Gifts That Embody the Holiday Spirit

Pope announces 2 March as day of prayer and fasting for...

A reflection for the fourth Sunday of Easter

A Special Saint for Our Time

St. Titus Brandsma, the martyred Carmelite priest from Holland who died at Dachau...

Was Jesus a carpenter?

An 18-year-old gunman opened fire at Robb Elementary School in Uvalde, Texas, on...

Ella Logan Angel of the Stage 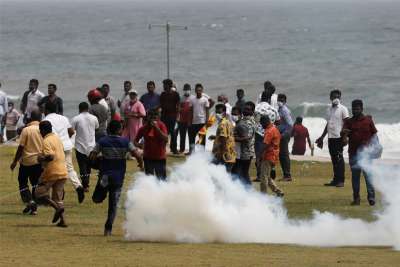 Cardinal appeals for peace as violence escalates in Sri...

Cardinal Malcolm Ranjith appealed for peace as clashes broke out in the island nation...