The Perrottet Government needs to “grow a backbone” and follow through on NSW religious discrimination laws now that the Federal bill has failed ... The post Work in wokeness appeared first on The Catholic Weekly.

Mr Latham proposed a NSW religious discrimination bill in 2020 which was then referred to, and significantly endorsed by, a cross-party inquiry in the upper house.

The Government said it would amend the NSW Anti-Discrimination Act as the inquiry recommended, with the caveat that it would wait until after the Federal Religious Discrimination Bill was passed.

Mr Latham told The Catholic Weekly that he understood the NSW cabinet had decided to proceed by February if the Federal issue had not been resolved.

On Wednesday 28 February Mr Latham again introduced his bill to Parliament, but the Government did not support it, claiming the Federal bill had not been definitively shelved.

“If you listen to the speech by [Government MLC] Natalie Ward, written out of Speakman’s office, they’re hiding behind the fig leaf of saying the Commonwealth process is still alive, which is clearly untrue.”

He says that the “dismal” situation around religious discrimination laws in Australia, and the reason the Perrottet government did not wish to proceed, is the result of “a mood in the public debate from the left wing of politics to sneer at, and discriminate against, people of faith – especially Christians”.

“It’s been a pincer movement inside the Liberal party. You’ve had the ‘Green-Liberals’, who crossed the floor in Canberra and have an ally in [NSW Attorney-General Mark] Speakman here, who wouldn’t proceed,” Latham said.

“One part of the Liberal Party’s too woke, and the other part’s too cowardly. You’ve got certain conservatives who … run scared. Run scared of an issue that clearly, on their own set of beliefs and based on the evidence, they should be proceeding.

“If you listen to the speech by [Government MLC] Natalie Ward, written out of Speakman’s office, they’re hiding behind the fig leaf of saying the Commonwealth process is still alive, which is clearly untrue.”

In her second reading speech Mrs Ward repeated themes from the Federal debate, saying Latham’s bill may not achieve its intended purpose, and citing the views of LGBTI groups that “despite the best endeavours of the committee, it may have damaging, unintended, adverse consequences”.

Her position was “very negative indeed, and glossed over aspects of the joint select committee report that were positive about my bill”, Mr Latham said, adding that the claim that religious freedom laws would enable discrimination against LGBTI people was “an ongoing slur”.

“Now that joint select committee had a consensus between Labor, National Party, Liberal, One Nation and a lower house independent to give support to proceeding, what more have you got to do?” he asked.

Government MLC Damien Tudehope said “in many respects it was a bipartisan report that this bill was predicated on”, and offered thinly-veiled criticisms of his Attorney-General for not supporting the vote.

“The Attorney General ought to be meeting with the mover of this bill [Latham] to say, ‘This is the way I would like to get this bill right, these are the amendments I think that we can make, and this is the way the Government can do it better.” That is the sort of conversation that needs to be had,” Mr Tudehope said.

Labor did not support the bill, instead calling for a full review of the Anti-Discrimination Act.

“Labor is a wholly-owned subsidiary of the 2% of the community that is LGBTIQ. They showed themselves, that’s their priority, in response to the Cash and the Porter Bill. I just don’t see any way through for Labor.” Latham said.

“… if he is scared off by some of the leftist critique early in his premiership that he is too Catholic and too conservative, what will he stand for in public life?”

“It shouldn’t matter if you’re of religious faith or not in being against discrimination. Any form of discrimination against anyone is bad.”

Mr Latham slammed the NSW Premier in his second reading speech, saying “I know this guy is flip-flopping like a circus acrobat on many of these issues. But if he is scared off by some of the leftist critique early in his premiership that he is too Catholic and too conservative, what will he stand for in public life?”

Commenting on the failure of the bill, John Steenhof, Principal Lawyer at the Human Rights Law Alliance, said “It’s incredibly disappointing that NSW remains out of step with most other states and territories because it fails to protect its citizens against religious discrimination.”

“The same baseless campaign against the federal bill was run against the NSW bill, falsely stating that it would empower religious people to harm others, especially the LGBTQ+ community. This is complete nonsense. It is irresponsible and divisive.

“When it comes to human rights, all rights are treated equally. The bill did not seek special rights for people of faith but wanted religious belief to be treated on par with other ‘protected attributes’.”

The post Work in wokeness appeared first on The Catholic Weekly.

Across Colombia, half a million march for life after court decriminalizes abortion

Simcha Fisher: When prayer is triggering

Elderly must share life’s wisdom with the young, pope says

Seeing all the violence and injustice in the world, people easily grow disillusioned...

Archbishop Cordileone announced that Nancy Pelosi will not be admitted to Holy Communion...

Editor’s note: as we have covered recently, we call on all Catholics, citizens of... 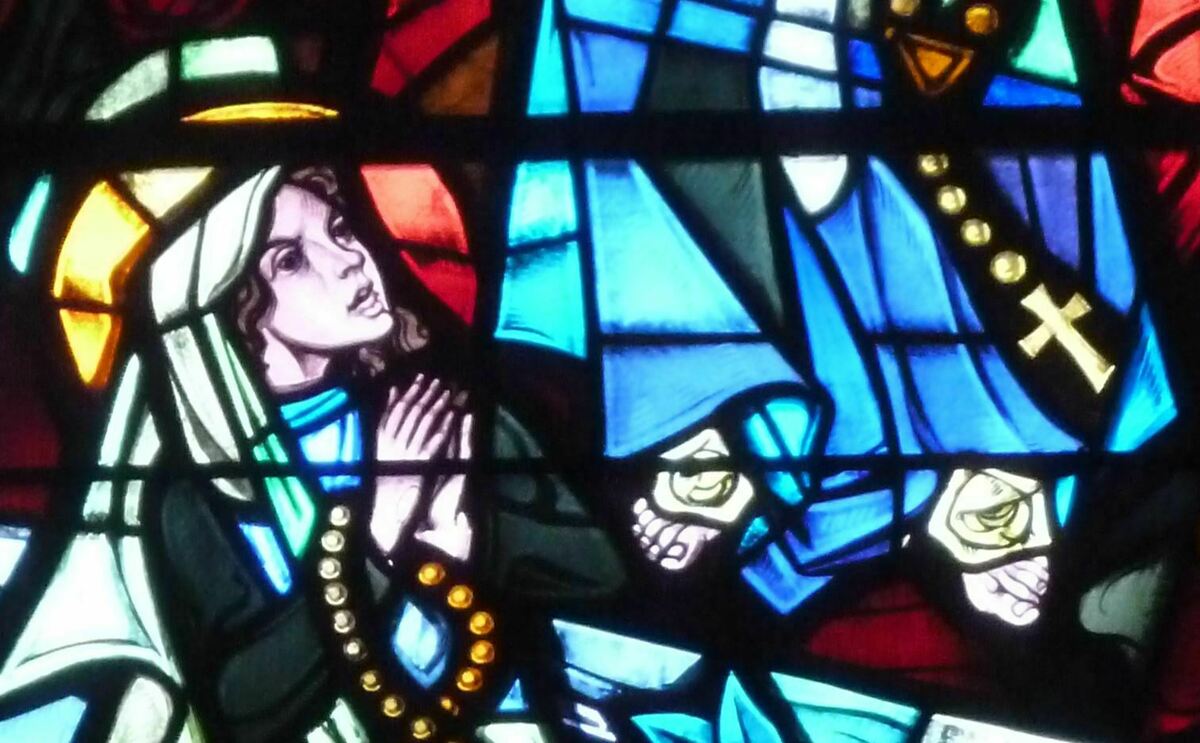 A Pilgrim's Approach to the World Day of the Sick

Catherine Cavadini on the song of St. Bernadette.

A PORTRAIT OF DEVOTION

The Diocese of Orange has been mourning the recent unexpected loss of Sr. Kathleen...

The Mystery of the Holy Eucharist in Father Feeney’s ‘Bread...

Eucharistia means good favor or good grace or good thanks. The mystery of the Holy...